Why Your Next PC Should Be A Surface Pro 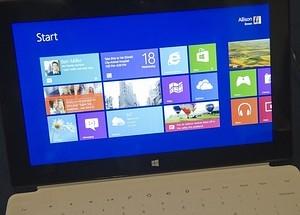 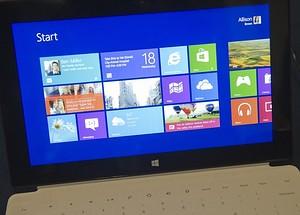 Next Monday Microsoft will host an event in New York to unveil the next generation of the Surface tablet line. The original Surface RT and Surface Pro tablets got a tepid reception, and disappointing sales, but there’s a very good chance that the new Surface Pro will end up on your desk as your next Windows PC.

If the new Surface Pro lives up to the expectations of the rumors and speculation, it will be a formidable device. Here are the top reasons you will want a next-generation Surface Pro:

The Surface Pro (and other Windows Pro tablets for that matter) faces a dilemma. It has a distinct advantage over most pure mobile devices because it actually runs the full Windows 8 (or Windows 8.1) operating system, along with all of the traditional Windows software. Try that with your iPad.

Despite being more PC than tablet, the Surface Pro is, in fact, also a tablet. Unfortunately, that means it’s compared to and measured against competing tablets when it comes to size, weight, and battery life.

In order to run Windows 8 rather than Windows RT, the Surface Pro has an Intel processor, just like you’d find in a traditional desktop or laptop PC, and the Intel Core processors are no match for ARM architecture when it comes to power efficiency and battery life.

It is believed, though, that the new Surface Pro will be built on the Intel “Haswell” processors. The latest generation of Core processors from Intel offer significantly improved efficiency, and battery life. If the Surface Pro has a Haswell CPU, the 2 or 3 hours of battery life could be stretched out to make it through most or all of a business day on a single charge.

There’s also some speculation that Microsoft will offer a Type keyboard cover that includes an auxiliary battery. That will make it a bit heavier on the go, but the extra juice might come in handy.

The reality is that the laptops—including the MacBook Air—as well as the Samsung Series 7 Slate, and the Surface Pro, have the ports and connections necessary to set it up as a “desktop PC” when sitting in the office. You can connect a large external monitor, a wired or wireless keyboard, a mouse or touchpad, a printer, a webcam, speakers, etc. Most importantly, you can easily connect to a wired Ethernet connection that provides much faster and more stable bandwidth than a wireless connection.

When I spent a month using the Surface Pro as my only PC and my only tablet, I made due. I just propped it up on its kickstand, and connected a monitor via an HDMI adapter, a Bluetooth keyboard, and a USB hub to connect my Logitech T650 touchpad, webcam, and other peripherals. But, that is tedious, and not an exercise I want to be forced to go through every time I leave my desk.

My MacBook Air and my Samsung Series 7 Slate, on the other hand, I simply snap into the dock when I sit down at my desk, and voila! Everything is connected and ready to go. In order for the Surface Pro to truly live up to its potential as a full Windows PC that can exist in the mobile tablet world, it sorely needs a docking station.

I was already a fan of Windows 8, but I have to admit that Windows 8.1 is much better.

I respect that Microsoft faced a difficult challenge to try and adapt to the seismic shift in how and where technology is used, while maintaining backward compatibility with the traditional Windows OS, and keeping the legacy customers happy. It’s not perfect, but Windows 8 does an admirable job of achieving those goals.

Windows 8.1, however, is more polished and more mature. It’s the sort of OS that companies and consumers used to hold out for Service Pack 1 (SP1) on previous versions of Windows. It works out the bugs, adds in needed features, and tweaks the things people complained about the most.

The one factor still holding the Surface Pro back is price. It costs money to manufacture and distribute a quality tablet, and Microsoft needs to make some profit on the deal, but the current pricing—even after the $100 price cut—is just not competitive enough.

Microsoft needs to make the Surface Pro $700 with the Type keyboard cover thrown in for free. Or, at the very least make it $800 with the keyboard cover and the docking station. That is a compelling offer that would be much harder to pass up.

Meet Your Next PC

The original Surface Pro is a very solid, well-engineered device. With Windows 8.1, an Intel “Haswell” processor, a possible extended battery in the keyboard cover, and a docking station, the next-generation Surface Pro will be the ideal Windows PC.

If you’re in the market for a tablet, then go buy a tablet. Get yourself an iPad. But, if you are shopping for a PC, choose the one that’s equally comfortable sitting on your desk as a “desktop PC”, connected to a keyboard cover as a portable “ultrabook”, or standalone as a “tablet” wherever you need to go.

If the price is right, the new Surface Pro will be the best all around Windows PC, and a no-brainer for companies and consumers.

When you’re having problems with your network, nothing can feel like a bigger headache. You can’t figure out where the[...]